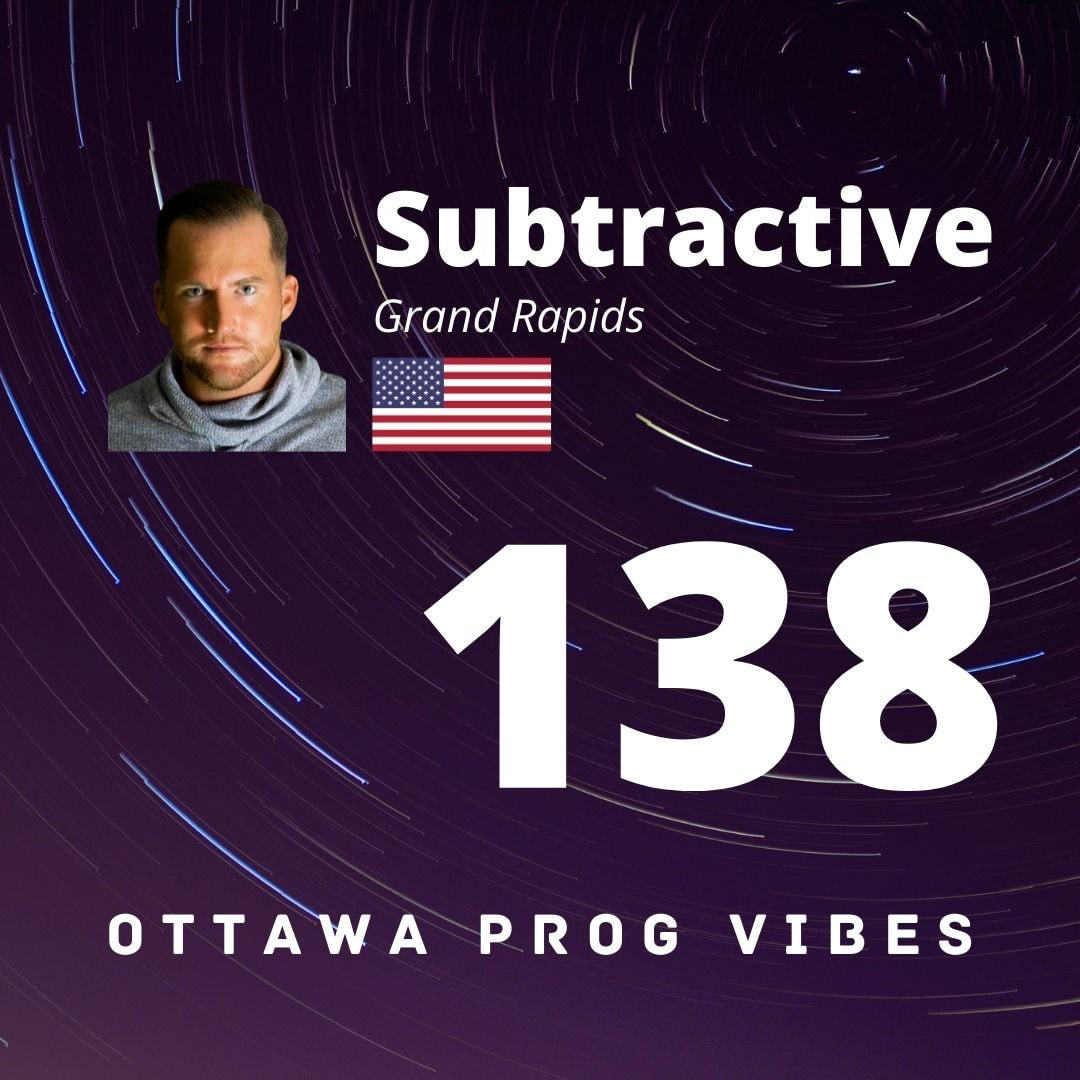 We are stoked to introduce our next guest, the incredibly talented Subtractivee, a DJ and producer from Grand Rapids, Michigan. Airing on cosmosradio.de on Sat. Jan. 29 at 7:00 pm Berlin time then out on our platforms at 6:30 pm Ottawa time

Subtractive has grown his worldwide footprint with his original tracks. In 2022, just weeks after its release, his EP with Bonzai Progressive “The Medici Effect” broke into the top 100 Progressive House releases globally on Beatport and Traxsource and has been supported by world DJ’s like Joseph Capriati, Cristian Varela, Giusseppe Ottaviani, Luciano Scheffer. In 2021 his track “Last Train to Madrid” reached #1 Techno in Italy on iTunes, and in 2020 his remix of “StayLoose - Tiny Warrior” reached #1 in Electronic music in the Netherlands on iTunes.

With a drummer for a father, and a sister who was into illegal street racing, Subtractive’s (Alex Hunt’s) childhood was anything but normal. After his initial exposure, it didn’t take long for Hunt to dedicate himself to learning the art of music creation. Without means to travel to the more vibrant music scenes of Detroit or Chicago, he spent his nights practicing skills such as mixing, sampling, and synthesis. As years went on, Alex began making the trek to Detroit nearly every weekend. With a head full of production knowledge and an eagerness to experience Detroit’s underground party scene, the cards were right for Alex Hunt to undergo a musical transformation; this is when he became Subtractive.

Subtractive strives to create music that is totally non-traditional. His compositions explore the limits of electronic sound, while maintaining a rhythm which is irresistible to dancers. Dream-like synth melodies and pristinely processed vocals float over the top of floor-shaking bass, creating a groove which consists of equal parts dance party and introspective voyage. A master of manipulating energy, Subtractive’s productions take his listeners on a journey that has captivated many across the globe.

This is one you won’t want to miss. We are very excited to present this exclusive session this Sat.!